England is known for many famous and iconic landmarks, such as the Palace of Westminster and the Big Ben in Greater London, the Hadrian Wall in the North West region, the White Cliffs of Dover in the South East and so on. But if there’s one landmark that I firmly believe you wouldn’t want to miss, the one that dates back to prehistoric time, is the Stonehenge.

After a bit of research I realized a tour was our best bet. It would be less hassle than renting a car and pretty much the cheapest option. In the end, I booked for a Windsor Castle – Stonehenge – City of Bath tour via Golden Tours. 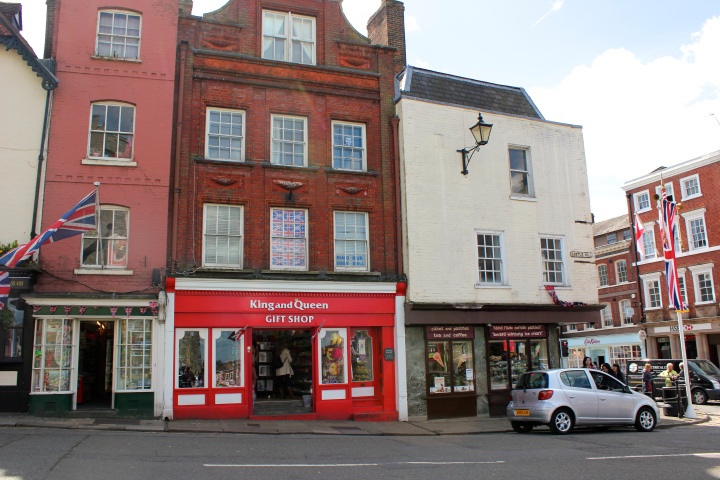 Windsor Castle is one of official residences of The Queen. Built as a stronghold in a prime position on a hill above the river Thames, the castle has survived bombings during World War Two, and a fire in 1992, as well as constant attacks on it during the Medieval period. Within its walls you can see many of the halls which still host functions, state rooms, children’s sized knights armour, and a collection of antiques accumulated by the Royal family throughout the centuries. 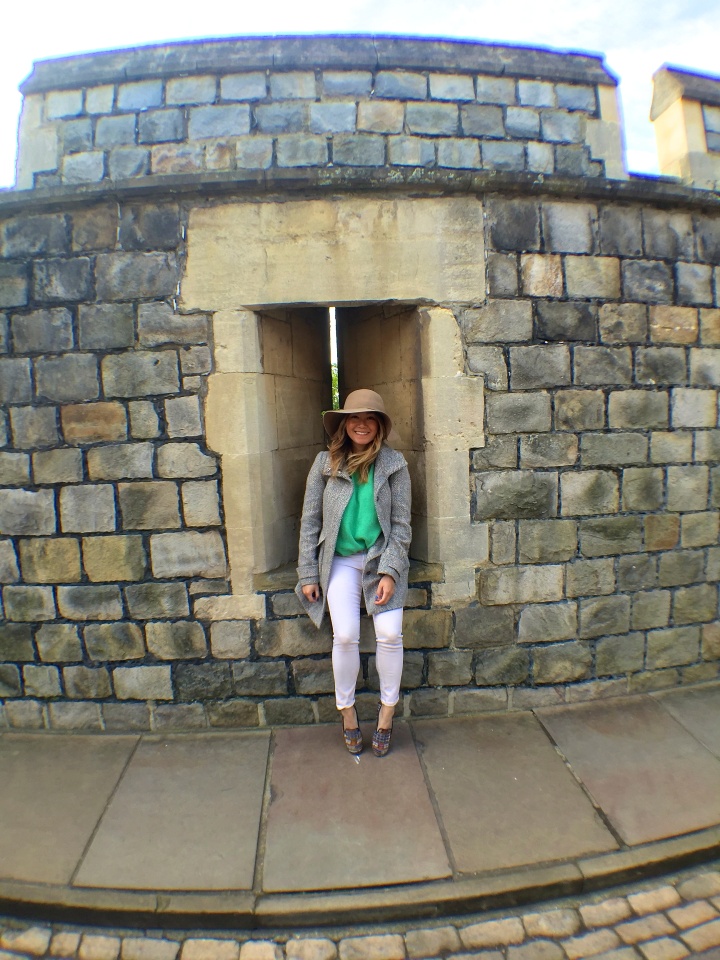 We got to walk around the castle grounds…the castle literally has a moat – well used to, they just use it as gardening space now, but it’s so beautiful!

One of the most interesting rooms features a to scale ‘dolls house’ of Windsor Castle, detailing how vast the estate really is. Another room, right next to the doll’s house, is a portrait gallery of photos of Queen Elizabeth from a young girl, her coronation, and with her family today; unfortunately photography are not allowed inside castle walls.

Best part was getting to watch the Changing of the Guard – the experience is much more personal than at Buckingham Palace.

As we made it to the top of the hill you could see Stonehenge in the distance, and the excitement on the bus was evident; this was the highlight of the tour for some us. 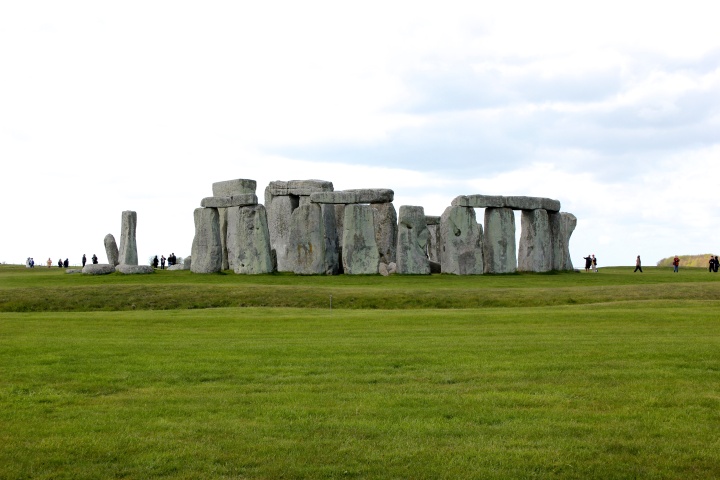 After queuing up, we hopped on the shuttle for the 10 minute ride to the monument. It’s tempting to dismiss Stonehenge as just a pile of stones from the roadside view but the iconic site comes into its own from up close. It was incredible to think of 5,000 years of history sitting right in front of us. We were mesmerized! 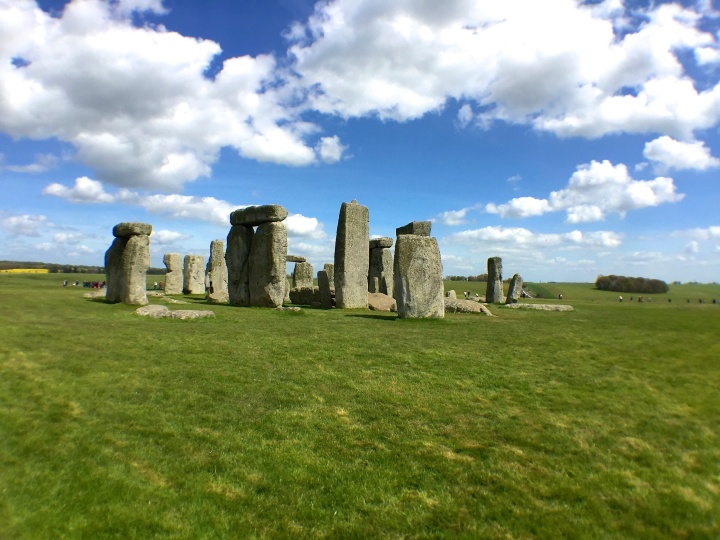 The stones are roped off and visitors follow a circular path around the monument with the aim of protecting the site.

The mystery surrounding Stonehenge is fascinating. No one knows for sure where the giant stones came from, how they got to the site or even what they were used for. A burial ground, a solar calendar and an ancient healing site are some of the most popular theories that have stood the test of time.

LAST BUT NOT THE LEAST: THE ROMAN BATHS, CITY OF BATH 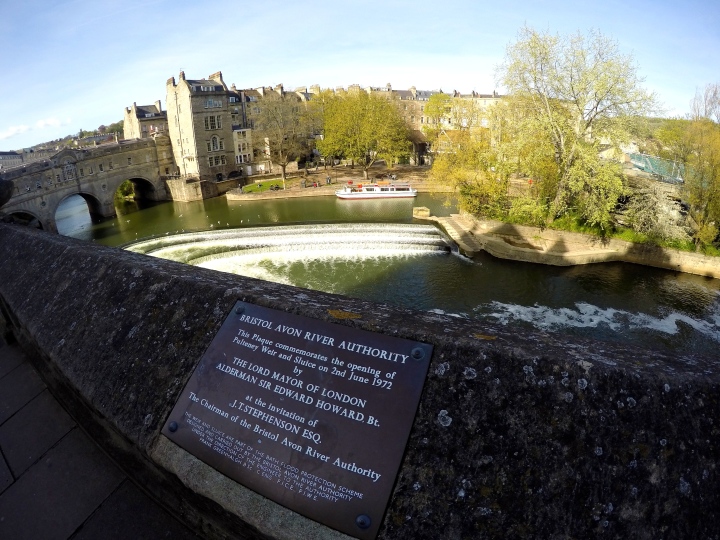 The first thing I noticed about Bath is that it’s pretty, really pretty. Even in the city centre a harmonious balance between buildings and nature – the hills surrounding the city and river running through – has been used to showcase the city. No wonder it was the place where the British elite came to be pampered and relax during the Georgian era. 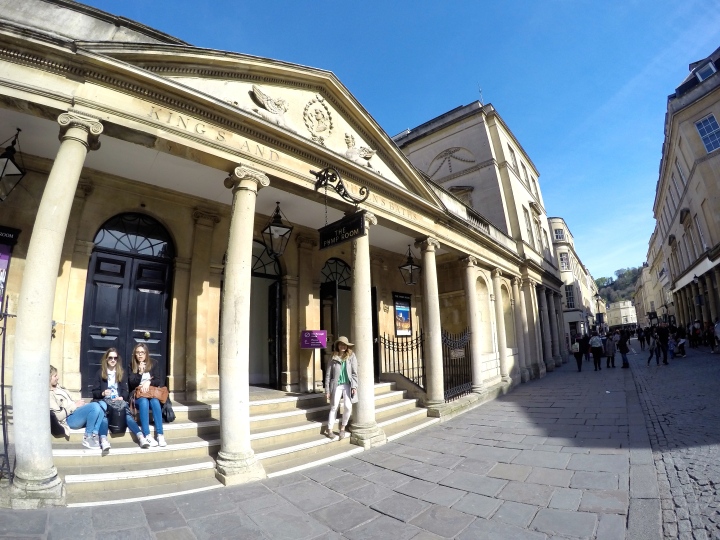 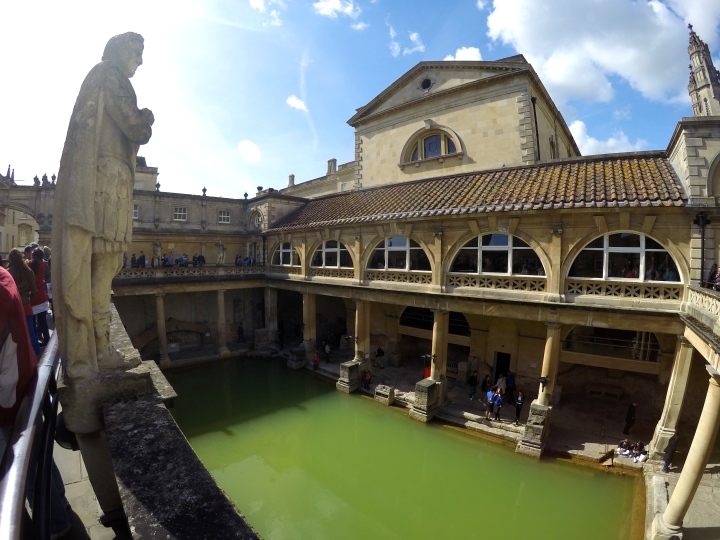 When Romans arrived in the area, around AD60, the hills and discovery of hot springs led to the construction of the city of ‘Aquae Sulis’ – “the waters of Sulis” – including establishing baths and a temple. Though the baths fell into disrepair when the Roman occupation of the area failed, the city was revived and became a popular spa town during the Georgian era. 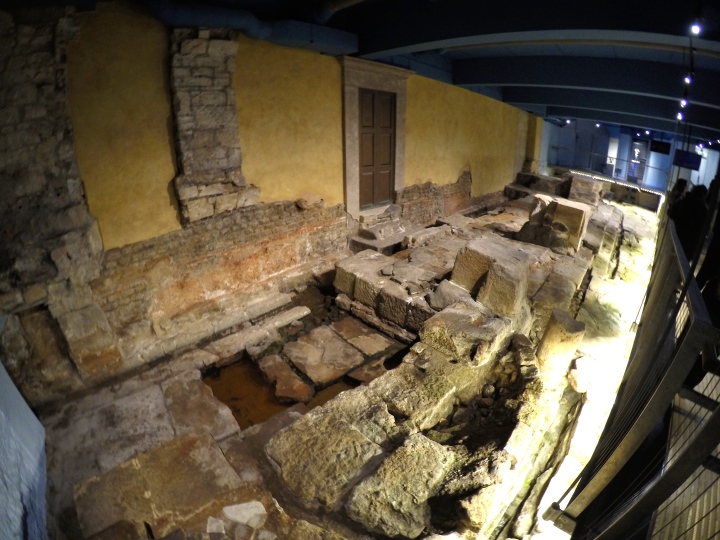 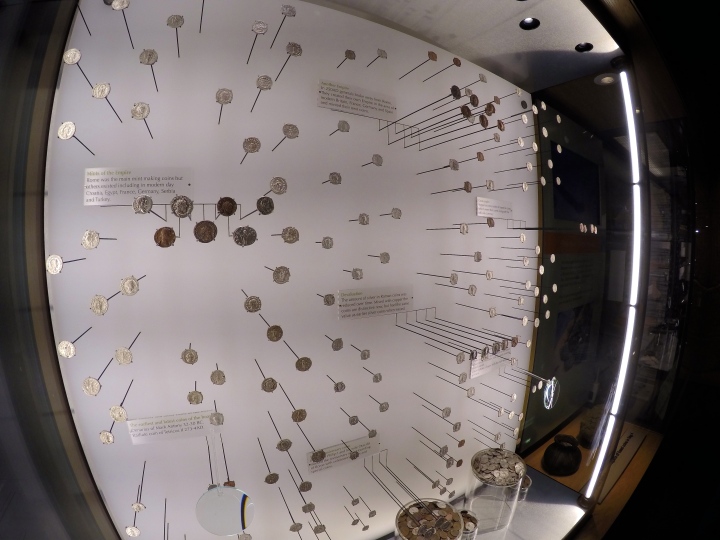 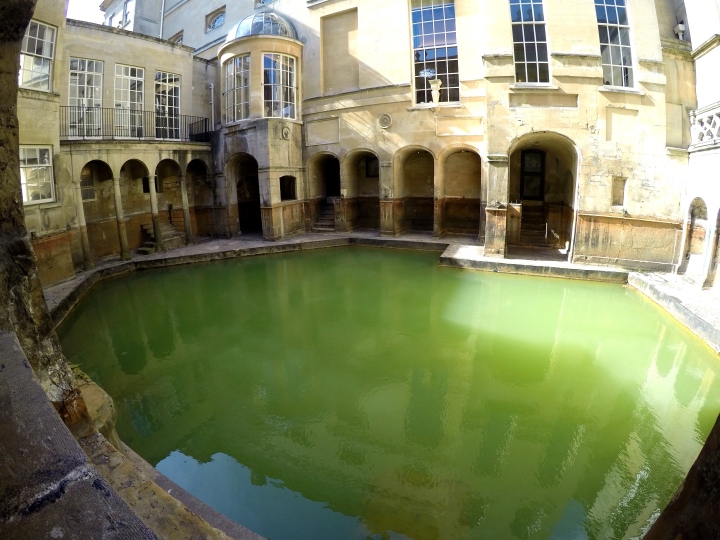 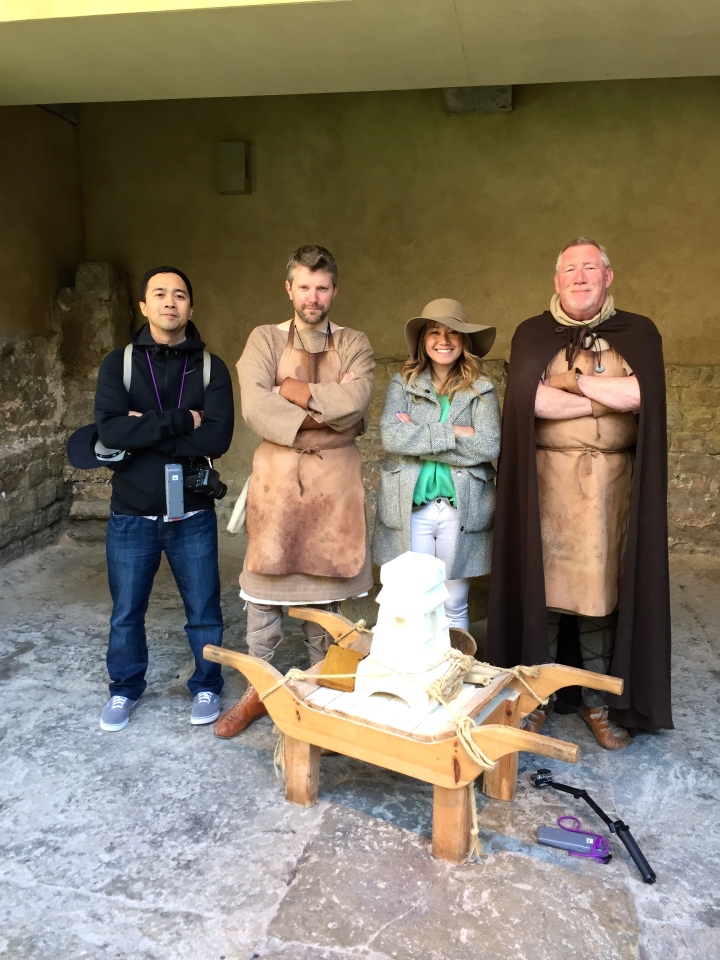 The main highlight of the city, and attraction where you are given express entry into as part of the tour, is the excavated and well-preserved Romans Baths. Though you can’t swim in these baths they are an impressive sight with statues of Roman empires leader, including Julius Caesar, adorning the top walk overlooking the Grand Bath. Wander through the areas housing the bath, discover Roman history, or learn how they excavated and preserve the baths and excavated artefacts; time seemed to disappear as my inner culture nerd emerged, engaged and ready to learn. 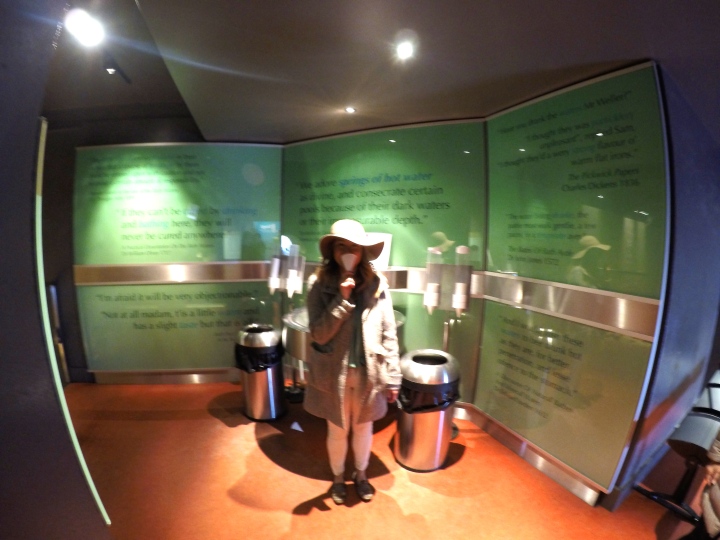 Right before you exit the building there is a place where you can stop and have a glass of the water from the baths – which they purify so it’s drinkable. I was feeling quite adventurous and decided to stop in and have a glass. 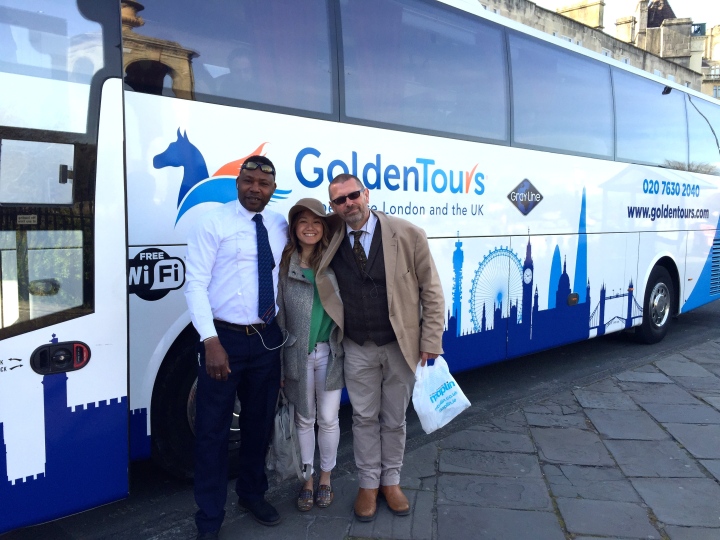 Our tour guide & driver were so awesome – he had a wealth of knowledge about pretty much everything related to England.

One thought on “THE GOLDEN TOUR”