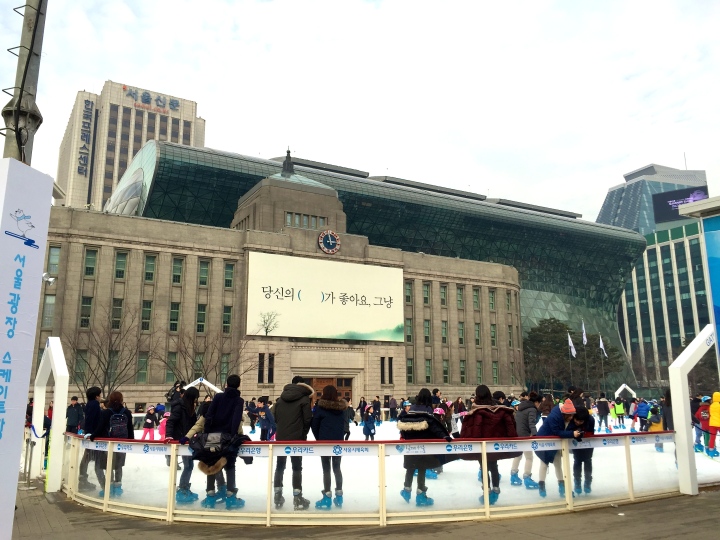 We stumble upon this outdoor ice skating rink while on our way to Cheonggyecheon Stream. It cost only 1,000 Korean won ($1.00 USD) per person for an hour session which includes skates! We figure for that price, why not give it a go! I have only ice skated once before in my life – a loooooooong time ago. Ice skating is not easy – it’s quite challenging; plus my skates was digging into my ankles making it pretty hard to skate around. After a couple of rounds, I started getting the hang of it and it actually became fun and less frustrating. 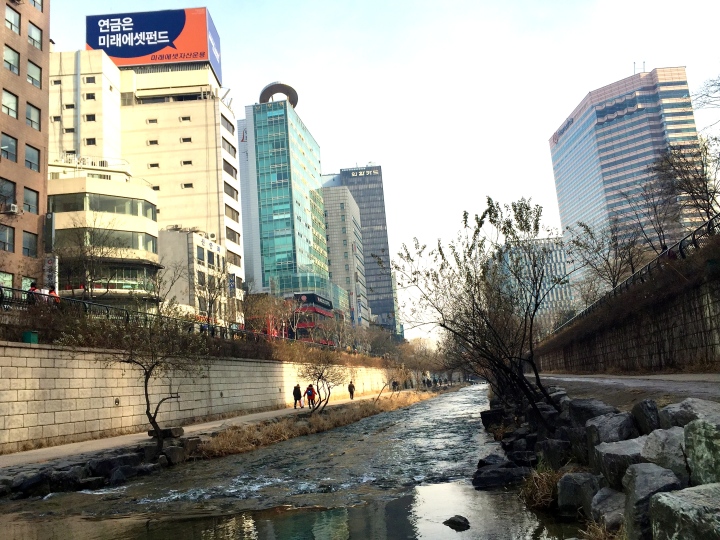 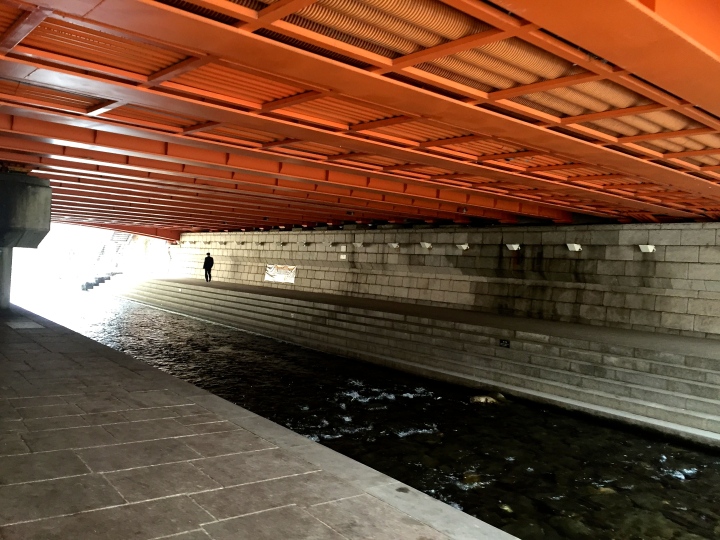 Cheonggyecheon Stream is the most popular leisure spot in the heart of Seoul, a 3.6 mile long modern stream with 22 bridges and 9 fountains. Until it was restored in 2005, Cheonggyecheon Stream existed only as a neglected watercourse hidden by an overpass. Today, it has been transformed into a haven of natural beauty amidst the bustle of city life. 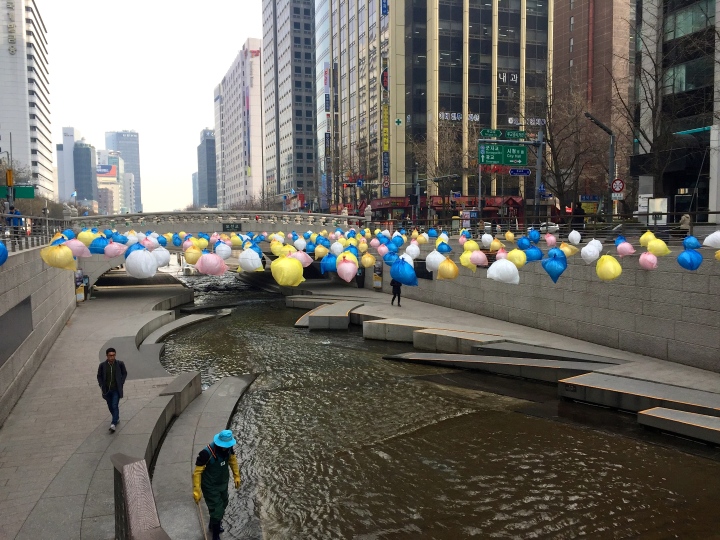 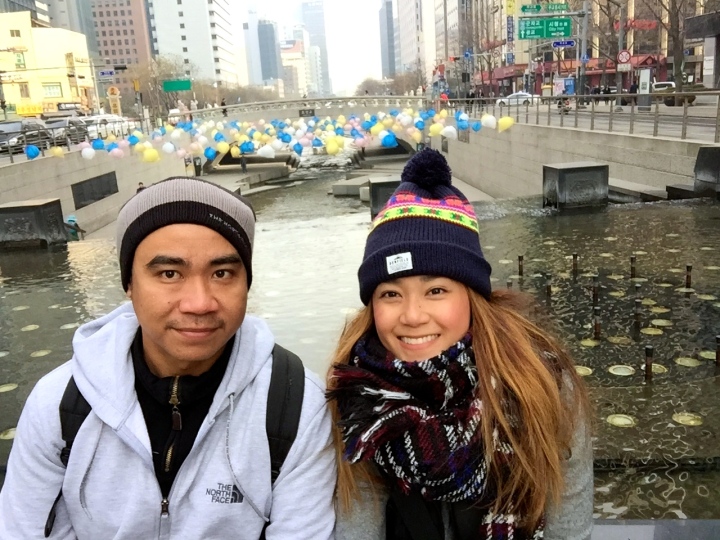 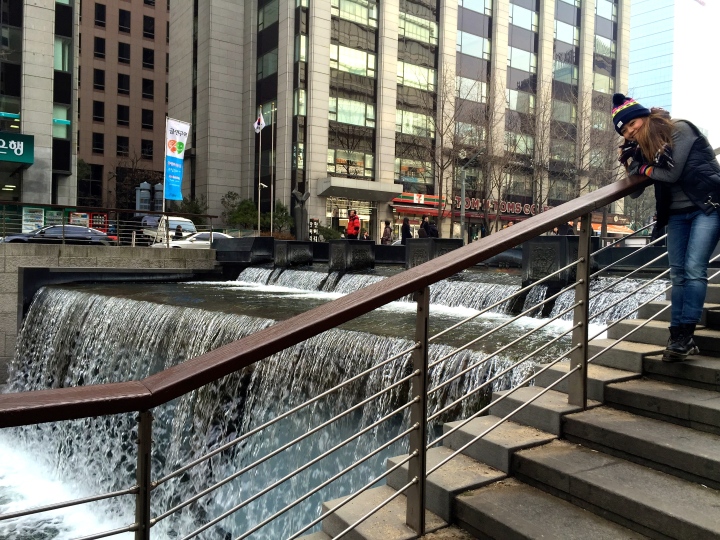 We started at the starting point of the stream at Cheonggye Plaza. Stepping down to the stream there are candlelight fountains illuminated by different colored lights, and the four meter high waterfall, which I read is absolutely gorgeous at night when it’s all lit up. The water begins to flow through here towards Hangang River.

There is a pond called Palseokdam, made of stones collected from eight provinces in Korea. At the Palseokdam Pond, was a wishing well which I found quite unique, so I wanted to try my luck! I was sooo excited that I forgot to make a wish during my first coin toss! But no worries, I was still able to make two wonderful wishes! 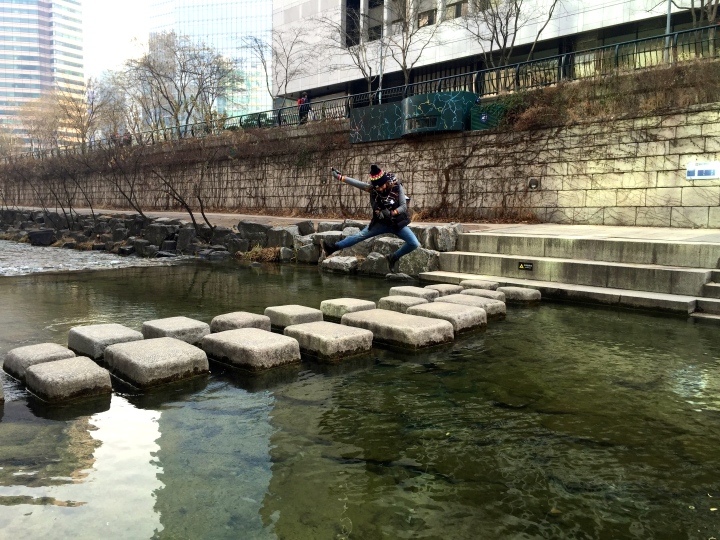 Since we visited on a cold winter day, this place was quiet and peaceful – no crowds! It was fun crossing the stream on the stepping stones, which makes for a picturesque photo with the willows , and the looming highrise way above the top of the cutdown to the stream.