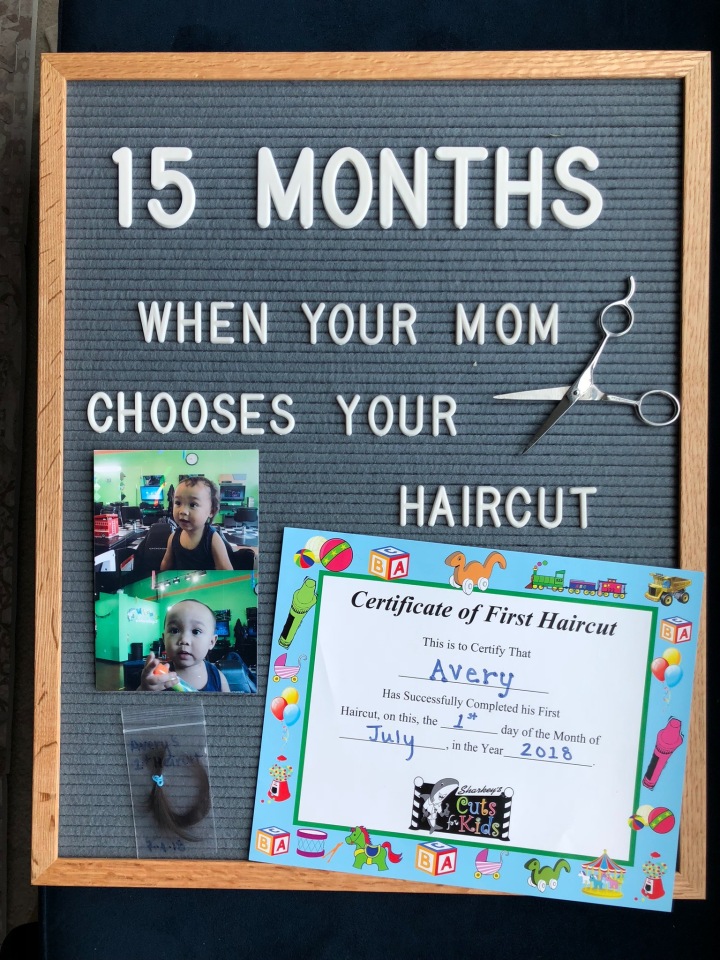 A few weeks ago, I posted a photo of Avery on Instagram and someone commented on how much they like the mullet he had going on! I thought it was the funniest thing and then started to wonder…maybe it’s time to say goodbye to the baby mullet and the pieces of hair growing sparsely around his beautiful round head! 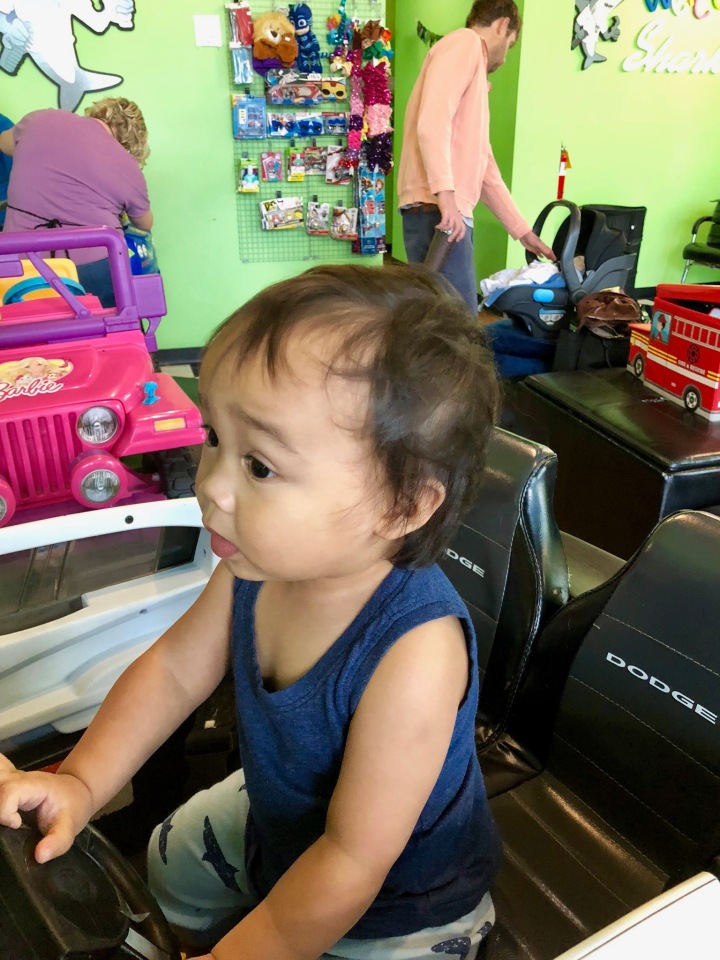 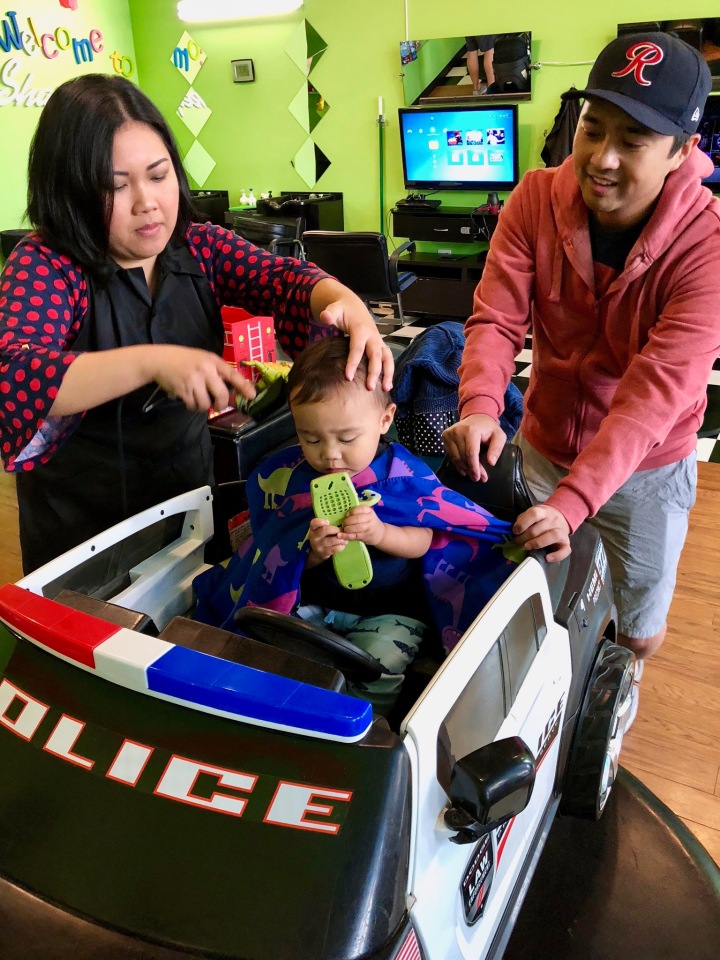 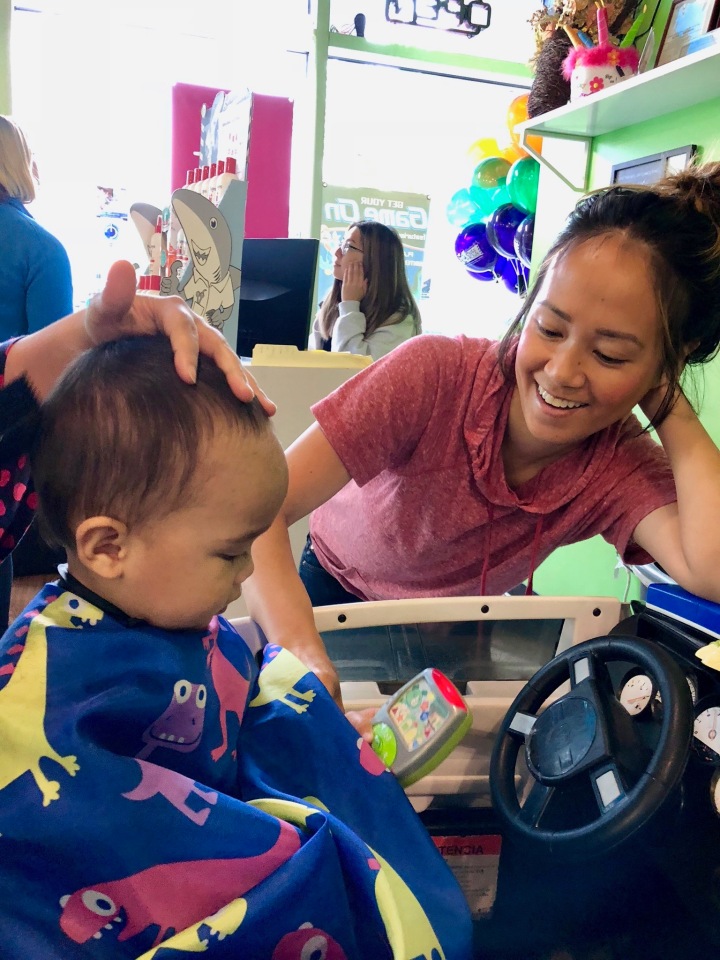 We visited Sharkey’s Cuts For Kids in Ballard, a hair salon that caters exclusively to children. They have little airplane and police cars chairs the kids sit in. Mickey Mouse and Thomas the Tank Engine are playing on the TVs. There are boxes filled with all sorts of random toys to keep kids preoccupied, and video games for the older kids.

Since it was his first haircut, they offered a package with a saved lock of hair, a “first hair cut” certificate and before and after photos.

On the drive there, I kept looking at him and savoring his baby mullet. After we put him in the seat, the stylist asked me what exactly I wanted. At first, I told her I just wanted to trim everything … but don’t take too much off. But since it was the summer, Andre said we should just really go all in! After all, it’ll grow back….Thicker, he said! So I conceded. 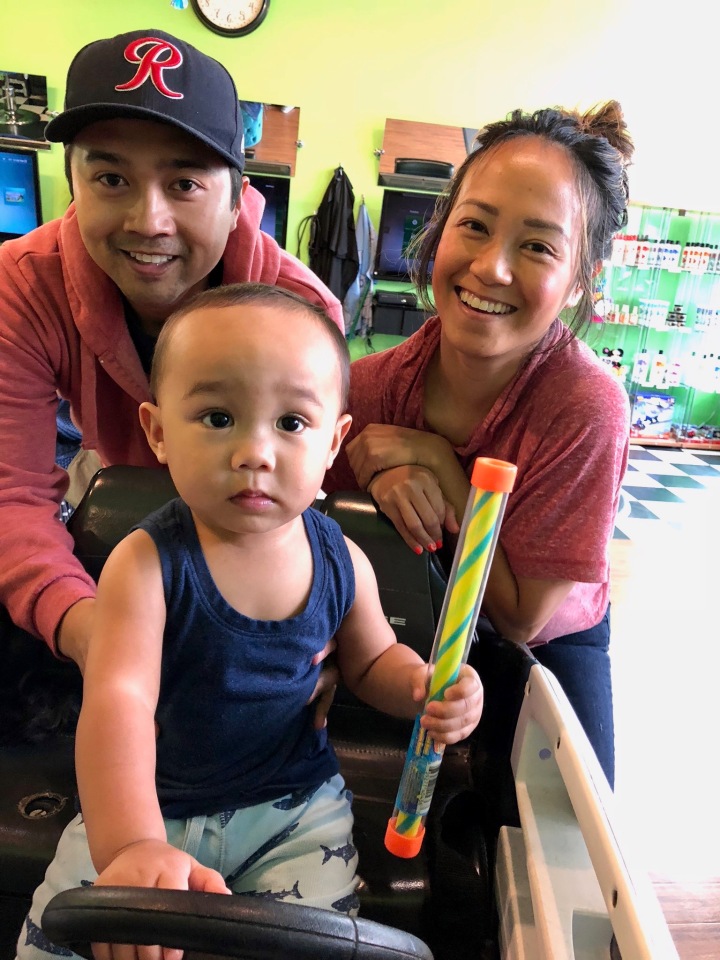 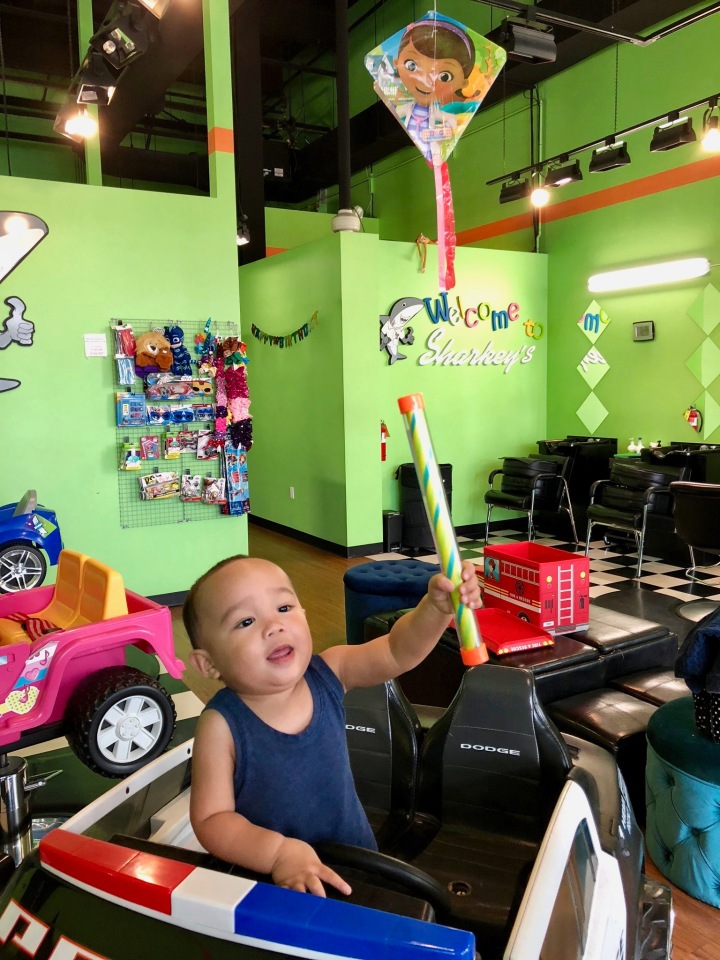 Avery did amazing the entire time. He only got a little antsy toward the end because of all the hair falling on him. And honestly, I think the haircut made him look like when he was a baby. Instead of making him look like a “bigger” kid, he reminded me of the 4 month old he once was! 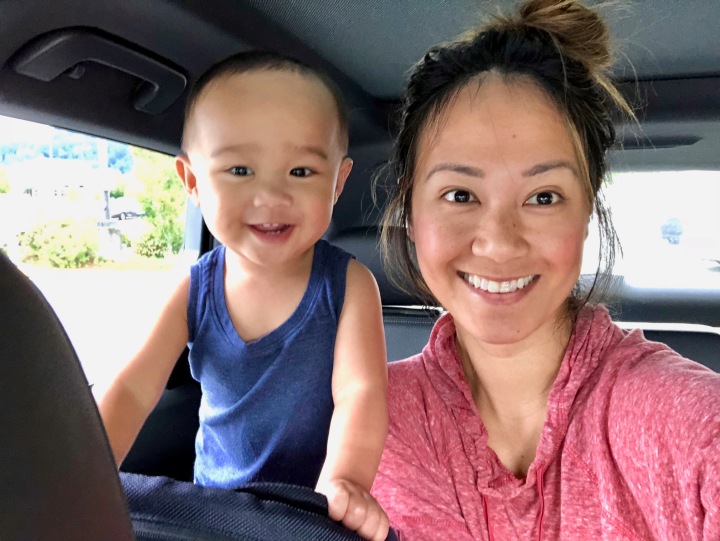