The main reason for our Europe trip was to bring Andre’s mom Lourdes to Lourdes, France. This has always been one of her dreams and seeing it come to life was a blessing on its own. 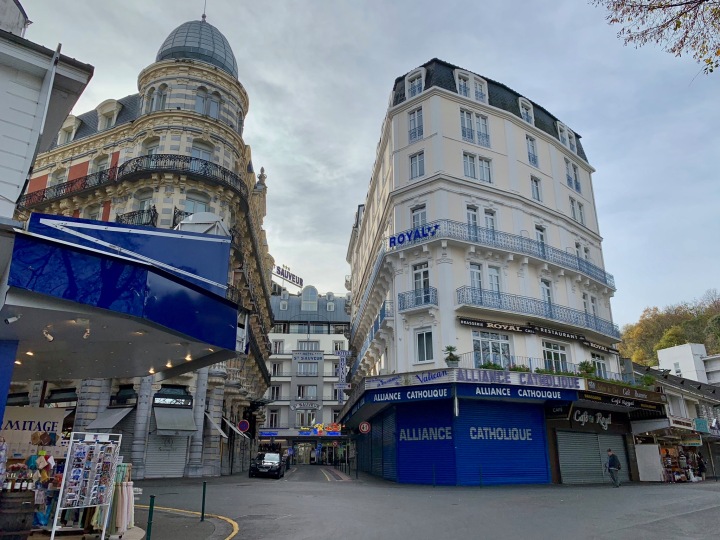 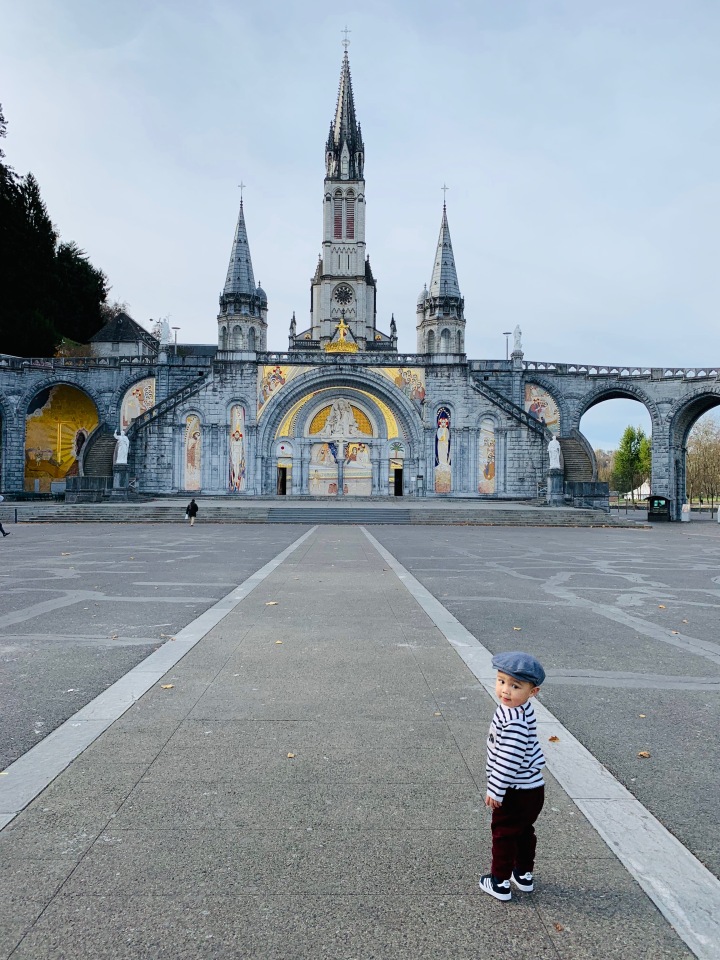 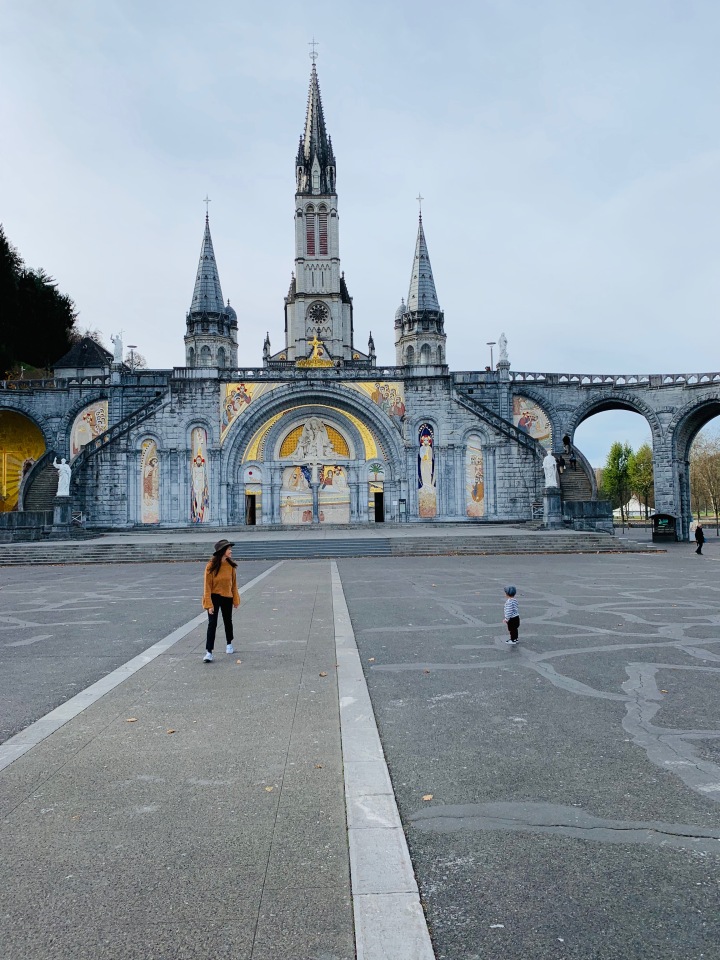 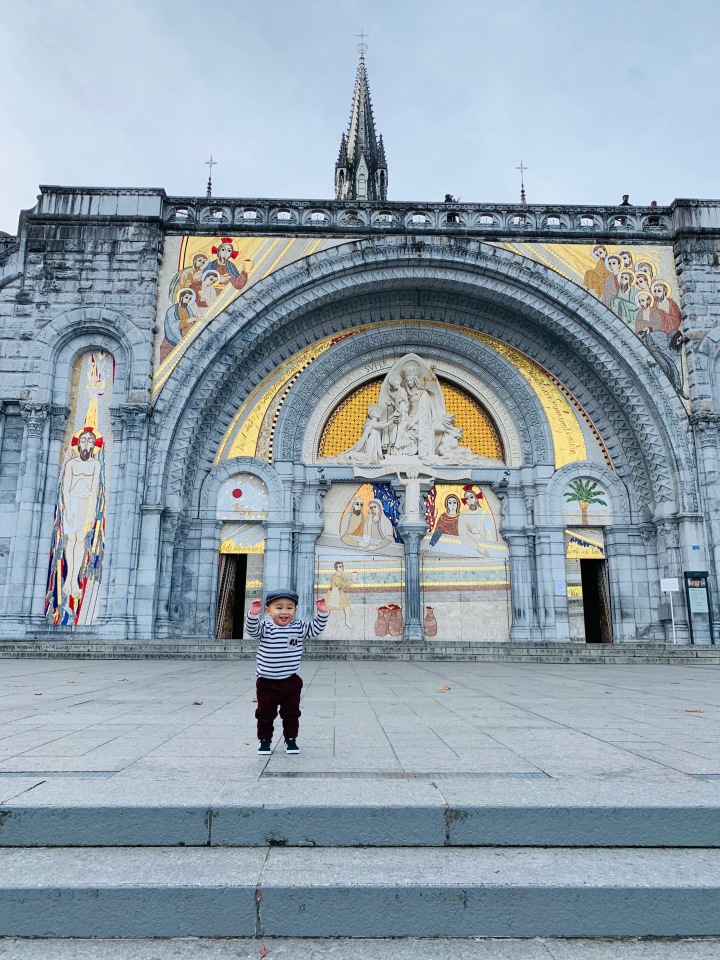 Lourdes is, after all, a place of pilgrimage where people from all over the world come for a miracle. To be able to pray in the Grotto and, hopefully, get cured of an illness are the fervent wishes of those who visit this small corner of France. 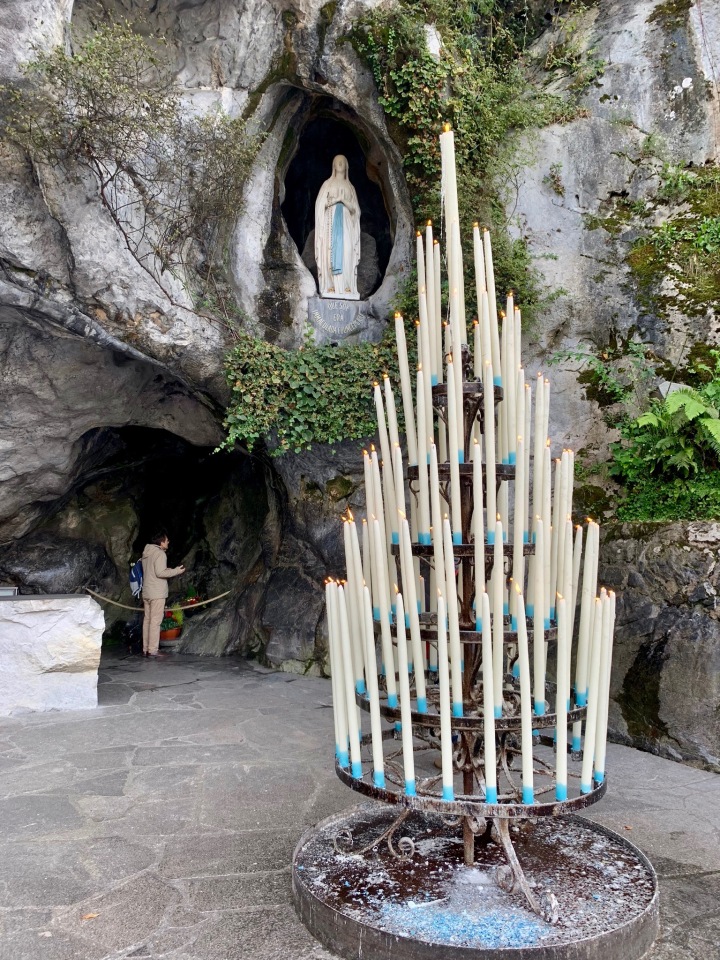 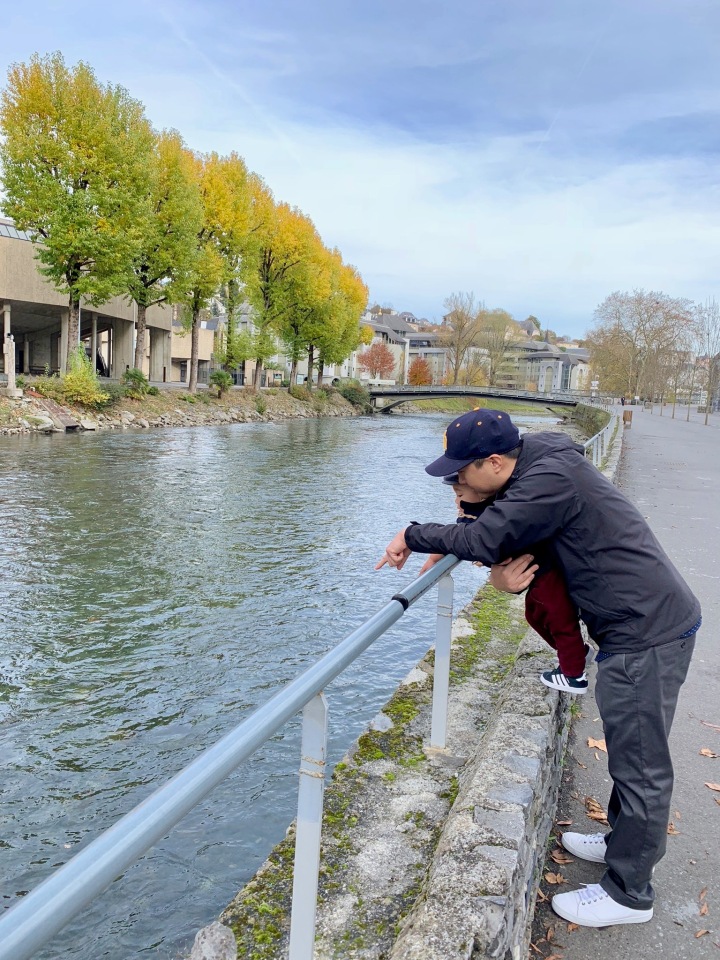 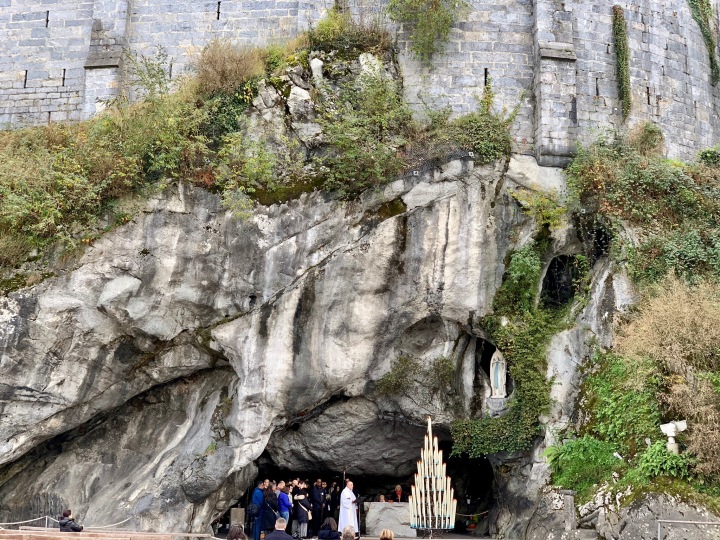 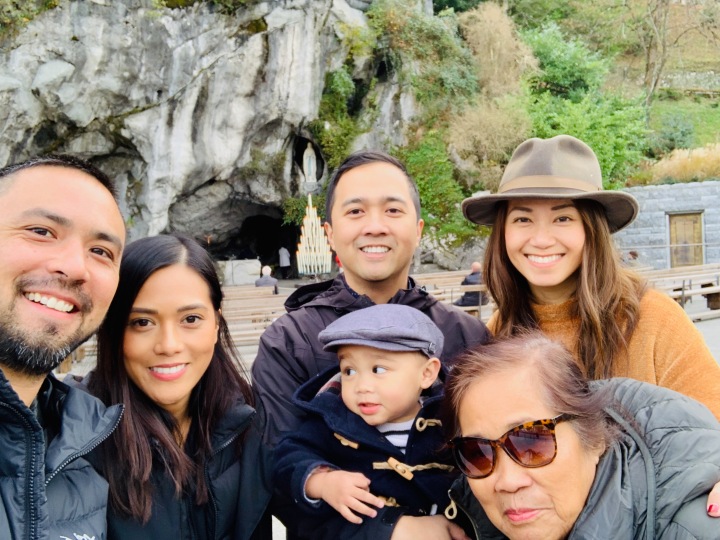 Lourdes became a major religious pilgrimage destination in Europe all because of one girl: Bernadette Soubirous. Back in February 11, 1858, 14-year-old Bernadette saw an apparition in the cave of Masabielle while gathering firewood with her younger sister and another friend. This apparition, which was clad in white with a blue girdle and a yellow rose on each foot, appeared to her on eighteen occasions. Although many people later accompanied her to the place (they numbered in the thousands at one stage), she was the only one who saw the image. On the sixteenth occasion, the apparition revealed to her that she was the Immaculate Conception who asked that a shrine be built on that spot to become a place of pilgrimage.

In the visions, Bernadette was told to drink at the spring and wash in the water. Although no spring was visible, Bernadette dug in the soil and revealed it, and the spring continues today to provide water for the nearby baths and fountains—thousands of gallons per day. In the cave, you can see the actual spring and the site where it was discovered. 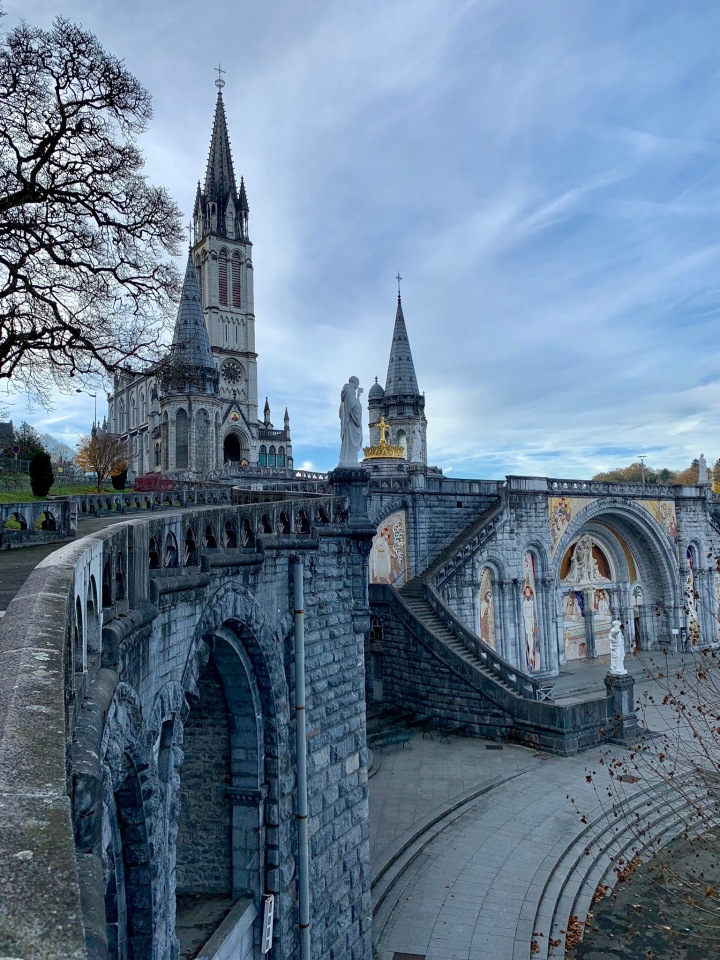 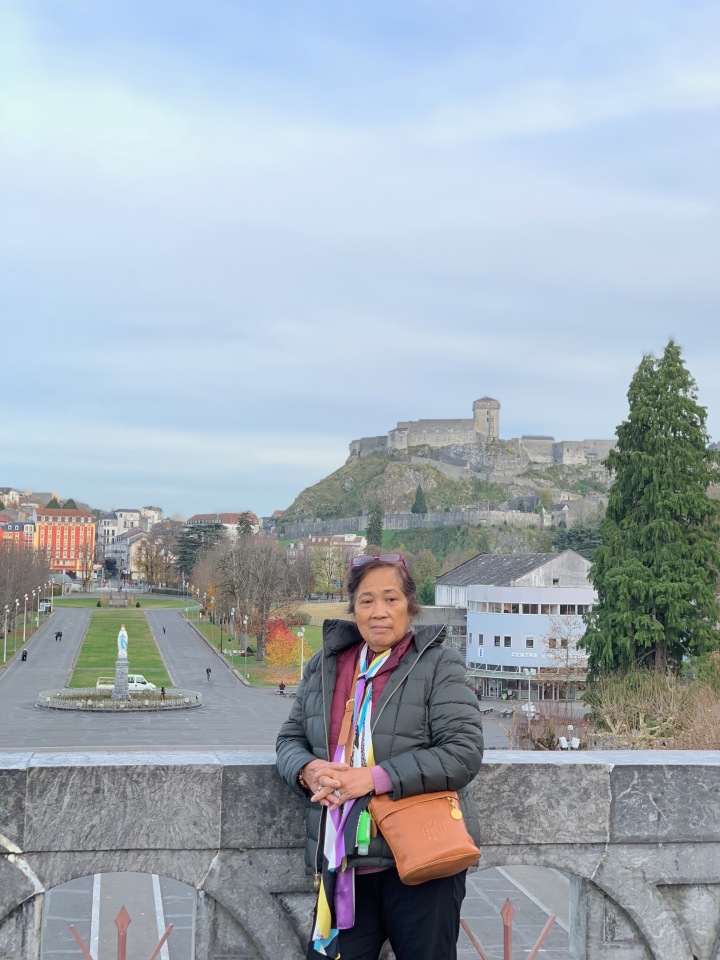 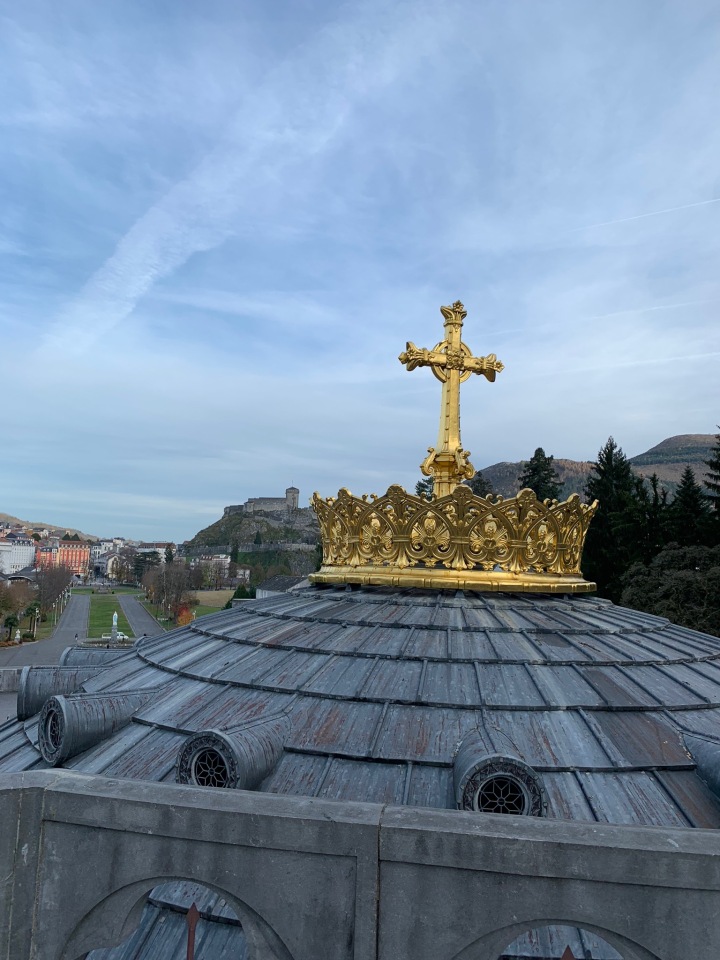 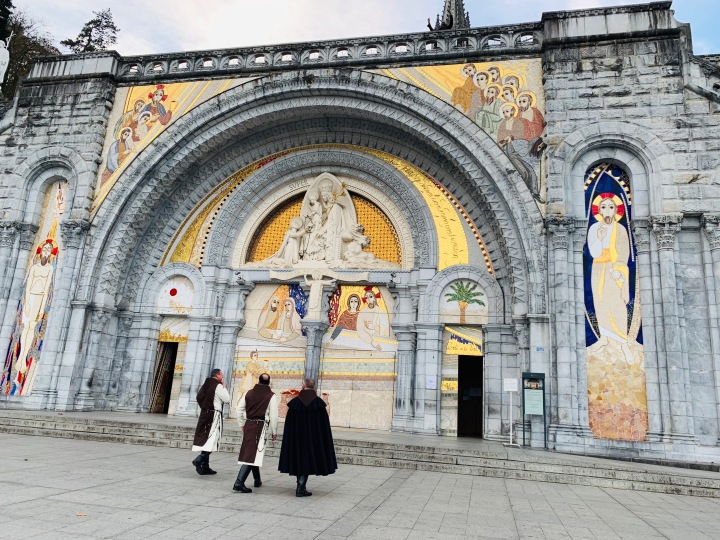 Words cannot describe just how beautiful and special this place is. Incredibly peaceful and moving. The spirituality and calmness emanating from the Grotto is a unique experience. You can feel the peace in your heart and soul. I would advise visiting early in the morning before the crowds arrive or during the winter months! 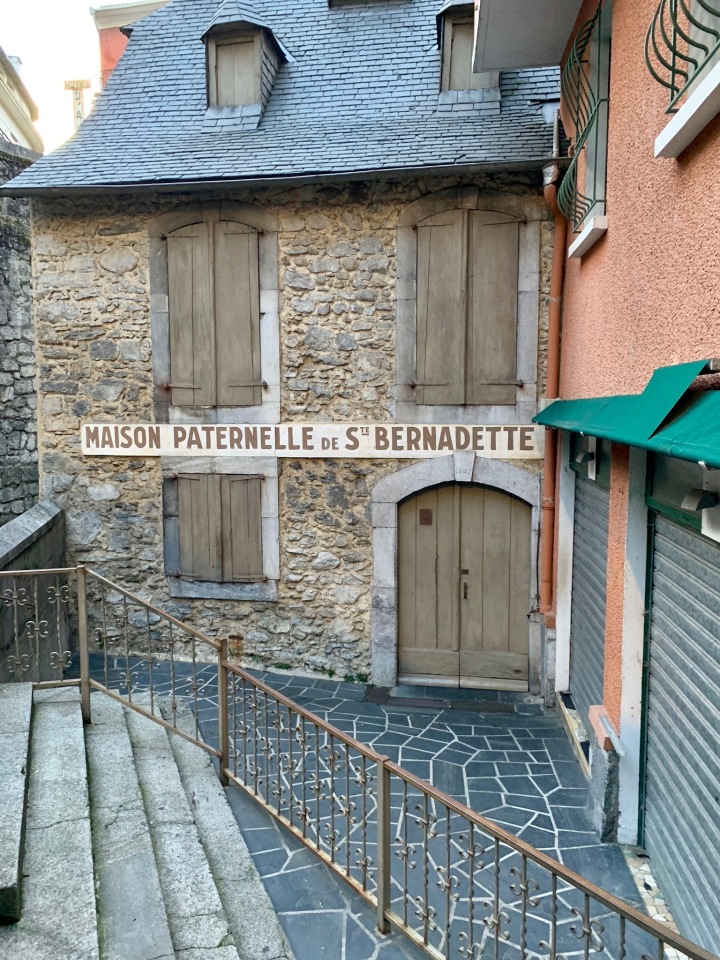 After visiting the main shrines of the Sanctuary of Lourdes, we then headed to the home in which St. Bernadette and her family lived at the time the girl saw visions of the Virgin Mary. Located at 2 Rue Bernadette Soubirous, the house of Bernadette’s parents includes a mill, kitchen, Bernadette’s bedroom, various objects, photographs, and the like.