After my week was up in P.I., I was back in the air headed to South Korea to spend another week with my brother. He’s been stationed there for almost a year now and I figure this might be my only chance of visiting this interesting country.

I landed at Incheon airport at about 5 am on December 30, just in time to ring in the New Year! As you can imagine I was a bit tired since I left Manila at midnight and didn’t get much sleep on the plane. Thankfully, the time difference is only an hour and I’ve pretty much have adjusted in Philippines so I had no problem getting used to the time in Korea. 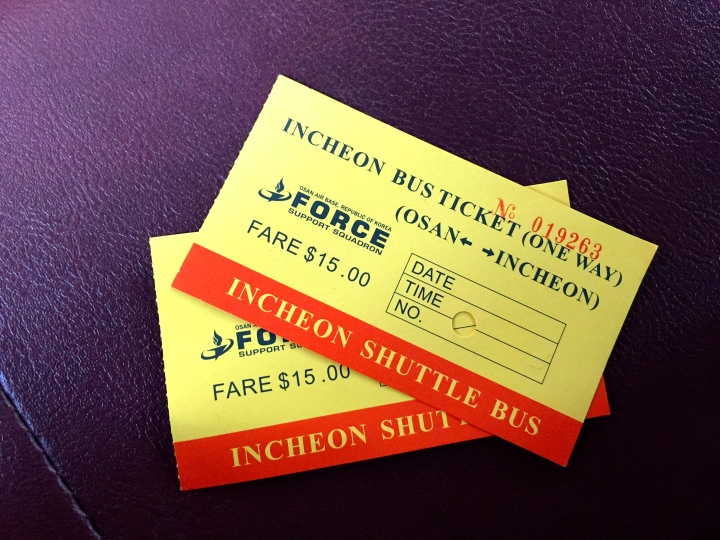 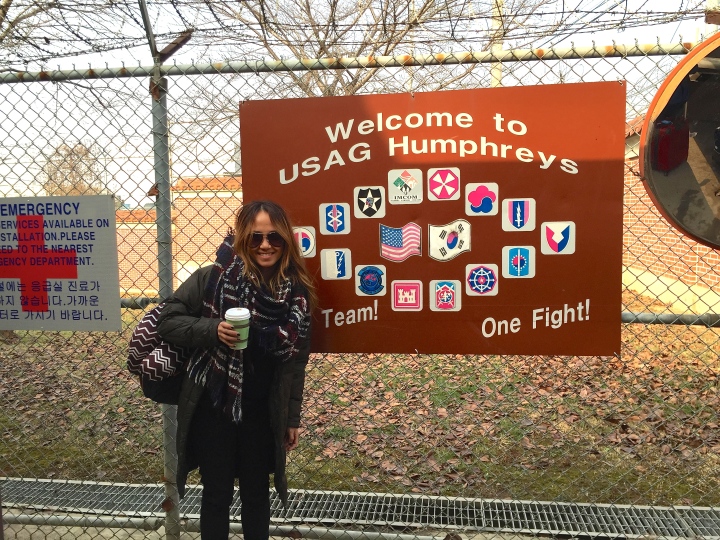 My brother doesn’t own a car nor is he familiar with trains/subway station so trying to figure out transportation is one of the biggest issues will be facing. Luckily for us, they have a special bus at the airport for military people and their family that brings you to and from the base station. He’s stationed at Camp Humphreys in Pyeongtaek which is about a 2 hr bus drive from the airport. I can easily fall asleep during car rides and especially when I have my neck pillow but when I’m visiting a new country I like to see as much of the area as I can, so I stayed awake to enjoy the scenery.

After checking in at the gate and getting my photo id base pass, we went to his dorm room where I basically passed out till it was time for dinner. 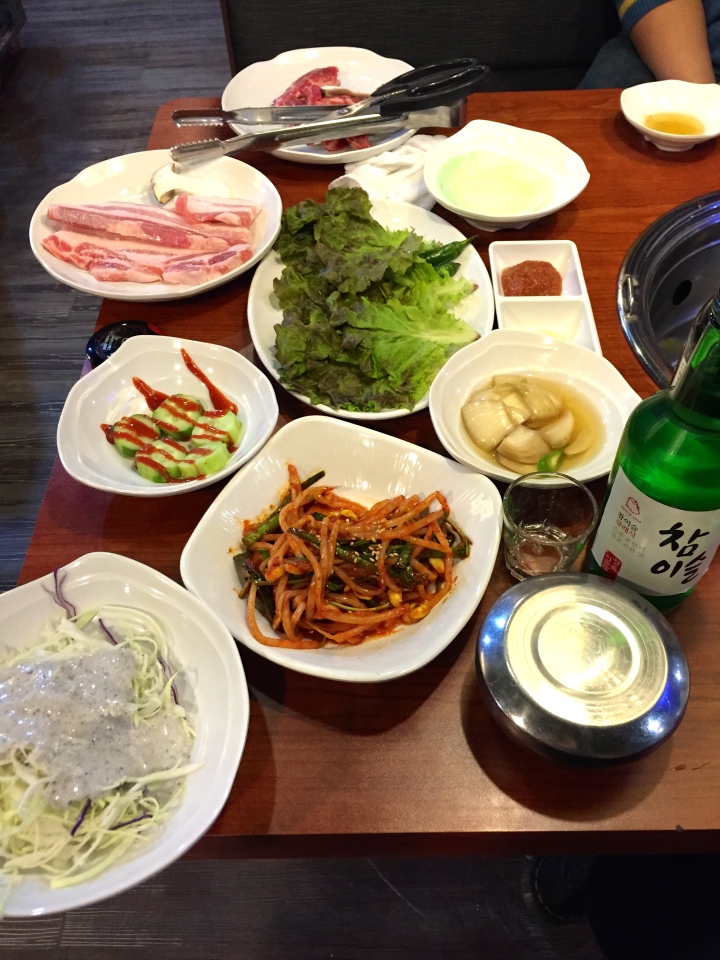 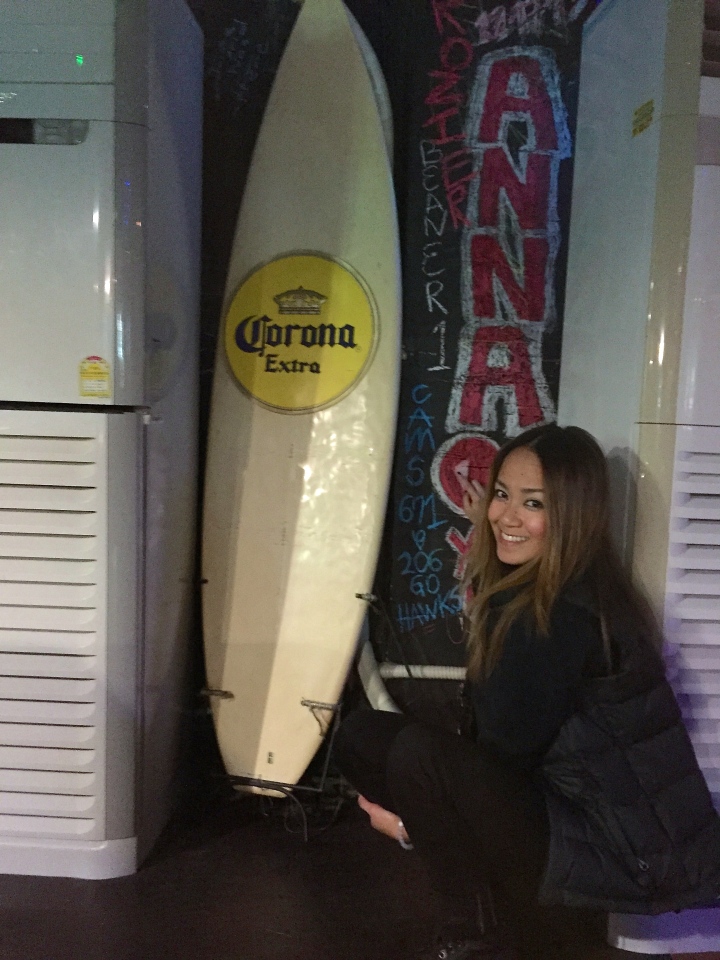 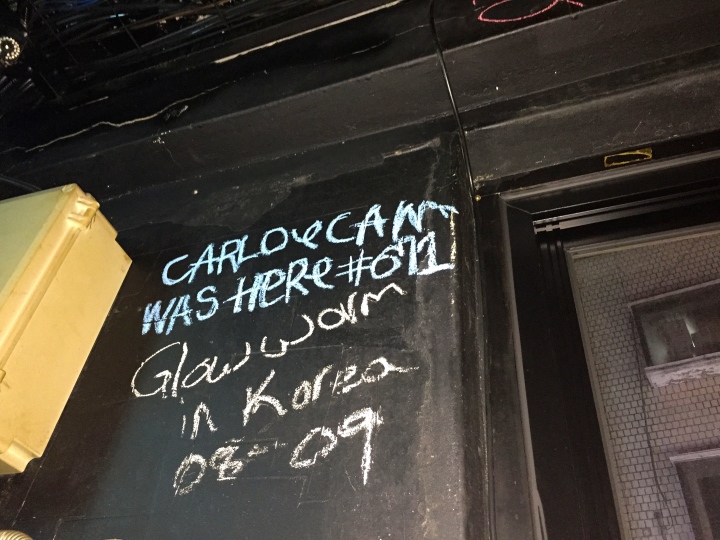 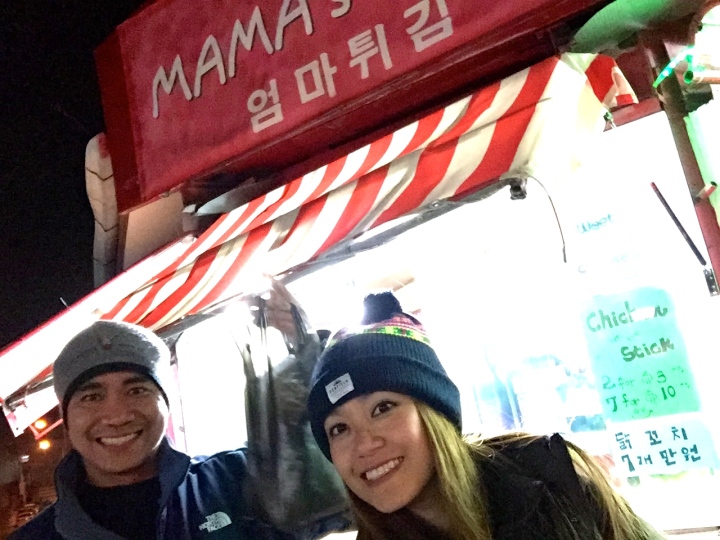 We went to “The Ville”, which is right outside Camp Humphreys and it’s basically where all the military people go and hang out – they have a bunch of restaurant, bars, clothing stores that are catered to them. We strolled “The Ville” and check out some of my brothers favorite spots such as Hwahwa a Korean barbeque place where you order uncooked meat and you cook it yourself in a stove located in the middle of your table. Afterwards we went to All Star Bar to play some pool and do a bit of tagging with chalk. Before heading back to base, we stop at Mama’s to get some french fries and chicken pieces and OMG it was bomb dot com – we literally went to Mama’s every time we were at The Ville.

One thought on “ANNYEONGHASEYO”